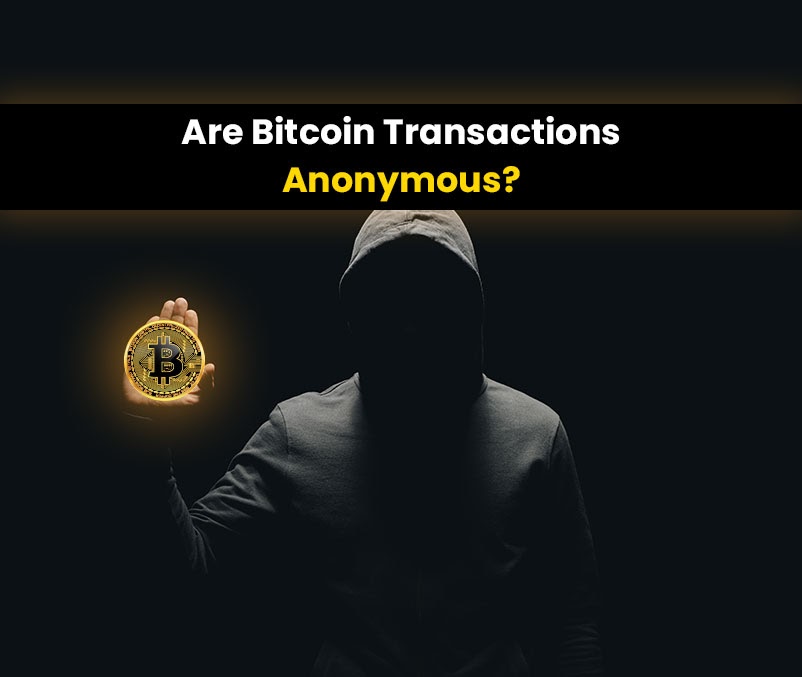 Traders looking to get into Bitcoin may question whether transactions that take place over the blockchain are anonymous. There’s often the assumption that Bitcoin transactions are anonymous – even though they technically aren’t.

Bitcoin transactions are encrypted with a public key that masks the real identities of the holders. A user will be given two keys: a private and a public key. The public key, or address, is seen by everyone and published on the blockchain. A private key is only known to the holder, and is effectively a kind of “signature”.

The private key will be used by others to determine if the transaction was authorized by the user. The Bitcoin blockchain only shows transactions between two public keys, which shows a timestamp and the amount that was transferred.

Encryption creates the impression that Bitcoin transactions cannot be viewed and then matched to certain people. However, Bitcoin is not nearly as anonymous as encryption may lead users to believe. Linking a person with an encrypted transaction is possible – and it’s happened before.

Bitcoin traders who use crypto exchanges, such as Binance or Kraken, have to submit personal information to the exchange in order to create an account. The required details vary, but usually users will have to include their first and last names, a phone number, and email address (at the very least). The exchange will also usually store the users’ IP address.

Exchanges have been targeted by hackers before, during which users’ personal information has been breached. Furthermore, some centralized trading platforms may manage their clients funds and private keys – if a platform like that was breached, it could be disastrous.

Bitcoin is often portrayed as a totally anonymous, untraceable, mode of payment when the reality really couldn’t be further from the truth. Bitcoin’s old reputation as a currency for illicit activities and criminals, looking to hide their tracks, is farcical.

Bitcoin cannot be transacted with completely anonymously, however it is certainly more private than traditional payment methods which use third-party intermediaries like credit card providers. Bitcoin holders who really need anonymity should perhaps try a privacy coin like Monero, Dash or Zcash.

END_OF_DOCUMENT_TOKEN_TO_BE_REPLACED

How To Buy Bitcoin For The First Time 2021

So, briefly, Bitcoin is a peer to peer payment system that was designed to be completely decentralized. This means that...