Can Bitcoin Be Hacked? 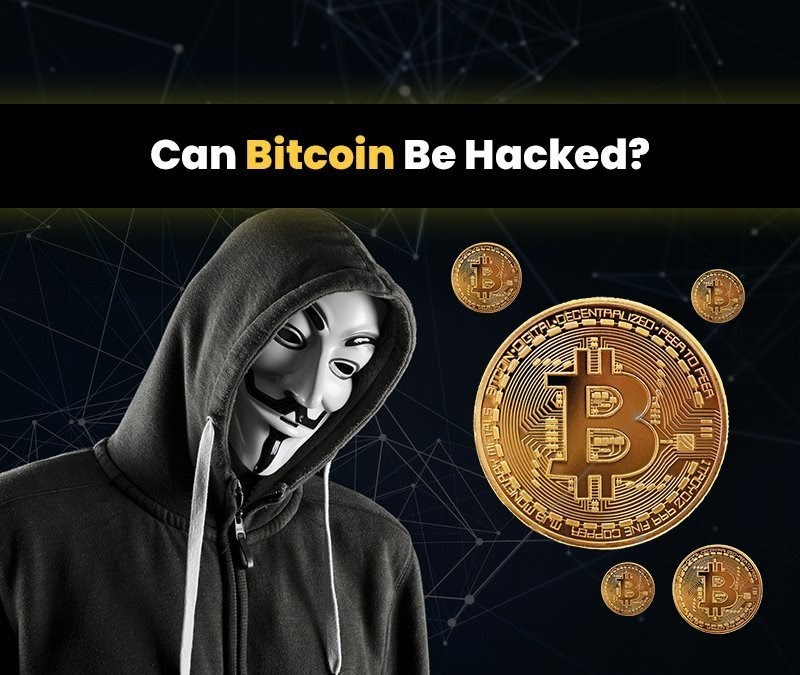 Investors from around the world have flocked to Bitcoin, resulting in the rise of the crypto market as a whole. Still, many investors are unsure of the safety of Bitcoin – can Bitcoin be hacked? How can you protect your Bitcoin investment?

Bitcoin is a decentralized digital currency and blockchain, which harnesses cryptography to ensure the security of transactions. Bitcoin transactions are recorded in a digital ledger (blockchain) and can then be verified. Blockchain tech allows users to constantly review the network, making it incredibly difficult for it to be hacked. Hackers can steal Bitcoin by gaining access to a BTC holder’s digital wallet, but actually hacking the blockchain is essentially impossible.

The issue of security on the Bitcoin blockchain first arose in its early stages of development. However, Bitcoin is actually vastly more secure than traditional currencies and financial institutions. It is incredibly difficult to hack, precisely because of the blockchain technology that it is built on. As the blockchain is constantly being viewed by Bitcoin users, hacks would be noticed immediately and would also need to be confirmed on the blockchain.

BTC are held in wallets, and traded via cryptocurrency exchanges such as binance. There are security risks associated with both of these factors. Developers aim to build wallets that are totally impervious to hacks, but it’s tricky.

Security measures such as two-factor authentication have been put in place – which means that a transaction or login must be confirmed twice, usually during the process on the app or platform as well as via email or text message. However, if a hacker gains access to your personal information, they could very well infiltrate your wallet.

Bitcoin users are assigned private keys, which enable them to access the wallets holding their coins. Hackers can get into wallets and steal coins if they know the wallet holders’ private key – which has actually led to a number of high-profile frauds, hacks, and scams, plaguing retail investors as well as respected crypto exchanges.

All Bitcoin holders should know the proper precautions to take to ensure the safety of their investment. Don’t give your key to anyone, and ensure your personal information is secure.

END_OF_DOCUMENT_TOKEN_TO_BE_REPLACED

South Africa is one of the most diverse and strikingly beautiful countries in the world. A troubled past (to say...