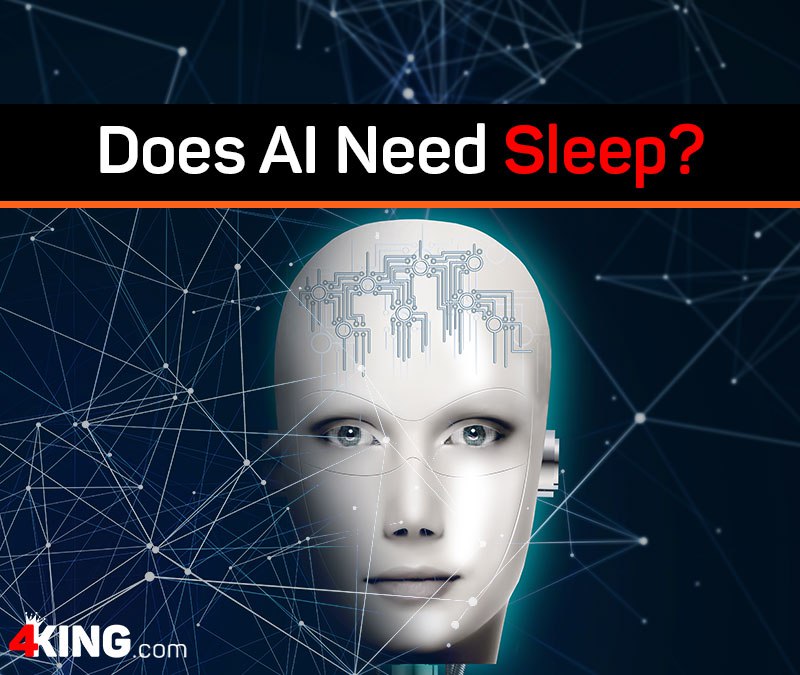 Artificial Intelligence that’s modeled off of human neural networks may require rest to operate at peak performance – just like us. So does AI need sleep? According to researchers at Los Alamos National Laboratory in New Mexico, it very well might. AI designed to mimic human neural networks likely performs better after resting – so let’s take a look at why.

AI, or artificial intelligence, is the simulation of intelligence in computers, programmed to undergo certain actions. The term also applies to a machine that exhibits traits associated with humans, like learning and problem-solving.

The machine discussed in this article is a neural network, which means it’s designed to mimic the human brain, and learn.

How Did the Study Go?

Yijing Watkins, at the Los Alamos National Laboratory, led a team of computer scientists in a study. The study was designed to determine if AI could teach itself how to classify different categories of objects, without access to a pre-existing dataset or classification system.

They used a spiking neural network, which mimics the way neurons in the brain fire at different times and with varying intensity, depending on the external stimuli they’re receiving.

Researchers said that neural networks experienced similar benefits to a “good night’s rest” when undergoing a form of artificial sleep.

Watkins said, “We were fascinated by the prospect of training a neuromorphic processor in a manner analogous to how humans and other biological systems learn from their environment during childhood development.”

“The issue of how to keep learning systems from becoming unstable really only arises when attempting to utilise biologically realistic, spiking neuromorphic processors or when trying to understand biology itself,” said Garrett Kenyon, a computer scientist at Los Alamos and co-author.

“The vast majority of machine learning, deep learning, and AI researchers never encounter this issue because in the very artificial systems they study they have the luxury of performing global mathematical operations that have the effect of regulating the overall dynamical gain of the system.”

So, the AI essentially became unstable after long periods of work without rest. Once the machine had a period of artificial sleep, it performed much better. This is similar to a human brain, which cannot function properly when sleep deprived.

So, does AI need sleep? According to researchers at the Los Alamos National Laboratory in New Mexico, the answer is pretty much a resounding “yes”. After long periods of work without rest, the neural network AI became unstable, and its ability to learn was hindered. Once the machine underwent a type of artificial “sleep”, it’s performance was enhanced and its learning capacity improved. This doesn’t mean that the neural network is exactly like a human brain (it’s not), but it is modeled off of one – which means that the fact that it needs rest, just like we do, makes a whole lot of sense.