Is Lil Miquela the First of Many Virtual Influencers? 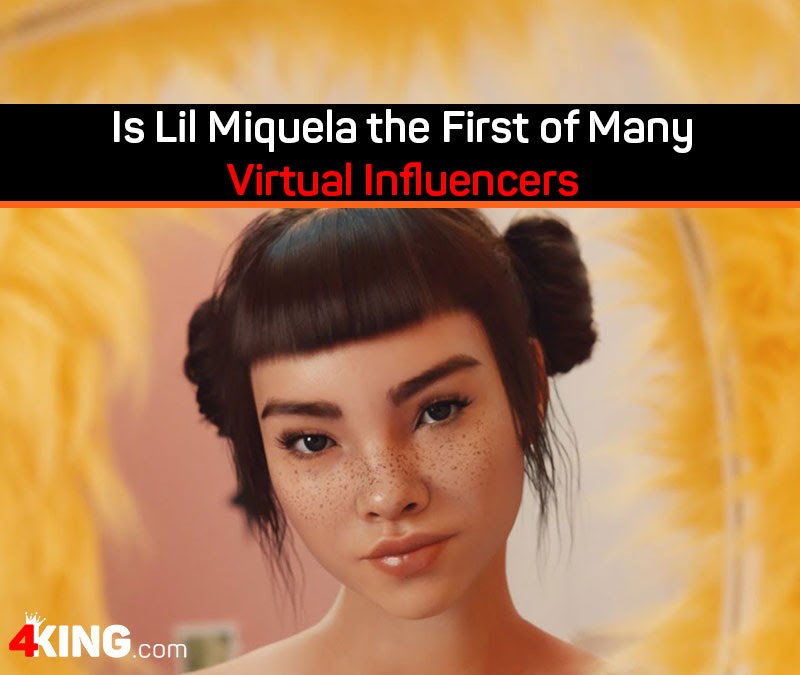 Social media is, to be honest, a toxic cesspool filled with thousands of influencers all looking to become the next big thing. Is it really enough to just be hot and call it a day? It kind of seems that way when you look at influencers who have made the big time. Should it then come as a surprise that a virtual influencer like Lil Miquela, who basically embodies the ideals of the Instagram baddie, is so popular? Probably not. But, is Lil Miquela the first of many virtual influencers? Almost certainly.

For those who don’t know, Lil Miquela is a virtual influencer who first became popular on Instagram. She now has a YouTube channel, various brand partnerships, and a loyal following of 2.6 million on Instagram alone. She personifies the Instagram ideal, and it’s made her the perfect example of the influencer age.

At first glance, she could even be mistaken for a real person. She wears cool clothes by brands like streetwear icon Supreme, and luxury fashion houses like Chanel. She hops between life in LA and New York, partying with real musicians and going to real trendy restaurants. She advocates for Black Lives Matter, and casts real shadows when she’s photographed. She complains about her allergies and references the temperature in the real world alongside tweets like “39 degrees out im still getting this iced matcha.”

Lil Miquela isn’t just an experiment by a transmedia company anymore, she’s a brand of her own.

Who is Behind Lil Miquela?

To be honest, we don’t know much about the company behind Lil Miquela. Brud is an LA-based start-up, made up of “engineers, storytellers, and dreamers” who claim to specialize in artificial intelligence and robotics.” Yeah, that really tells us a lot. When you go to Brud’s website, you’ll notice that it’s quite literally just a Google Doc.

Brud’s reference could be a sly attempt at pointing out the transmutable nature of information in the digital age – or maybe the founders just really like War of the Worlds?

Brud goes on to define itself as a “transmedia studio that creates digital character driven story worlds”, including:

So did Brud create Lil Miquela to bring about real social change? Or was it just advertising?

As per usual, we’re disappointed. In January 2019, TechCrunch reported that Brud had closed a $125 million investment round led by Spark Capital. Now, virtual influencers are the future of advertising, fashion, and commerce. Money talks.

On April 18 2019 Miquela’s account was hacked. Brud has position her as somewhat of a social-justice warrior, so her fans were shocked when a pro-Trump “robo supremacist” character called Bermuda, wiped Miquela’s account and started posting photos of herself instead.

Miquela’s fans were outraged, shouting “Bring back the real Miquela!” as our virtual influencer hero was accused of being a “fake ass person” who duped her followers. Miquela couldn’t have her account back until she promised to “tell people the truth.”

Of course, this entire event was orchestrated by Brud as a publicity stunt. Once “Miquela” had regained control of her account, she made her reveal “I’m not a human being. I’m a robot.” Miquela accused Brud of leading her and her fans astray. Although, obviously, Brud was the mastermind behind the entire event.

This kind of sounds like a Black Mirror episode, right? Well that’s kind of the point. The hack was a PR stunt, and it pushed Miquela to over a million followers – potentially opening avenues for new, and highly profitable, partnerships.

Whatever the Motive, Lil Miquela Shows Us How our Constructions of Self Have Been Warped by Social Media

Even if advertising isn’t the main agenda behind Lil Miquela, she shows us how our own constructions of self have been warped by social media. With photo editing apps an incredibly common occurrence on Instagram, there’s no saying what is real and what is fake.

So, is Lil Miquela the first of many virtual influencers? Certainly, but she’s hardly the fakest thing on the Instagram platform. As she said herself, in an interview with YouTube conspiracy theorist Shane Dawson, “Can you name one person on Instagram who doesn’t edit their photos?”

Miquela is simply a stylized version of the Instagram baddie. Seemingly flawless, ethnically ambiguous, and faux-caring. Lil Miquela is the perfect example of everything that influencers aspire to be, and she looks and acts exactly like them. Brud has, in reality, tapped into exactly what makes social media so dangerous. It’s the fact that with enough editing and feed curating, anyone can seem to have a perfect life, perfect body, and perfect face – when the reality is quite far from the truth.

Lil Miquela is More Than Just a Publicity Stunt

When Miquela first showed up on Instagram a few years ago, she was a far less realized version of what she is today. In 2020, Miquela is a singer, YouTuber, influencer, and model, who looks and acts exactly like every other influencer. Brud’s experiment has actually shown just how unattainable Instagram standards are – when even a virtual influencer can’t meet all of them. Is Lil Miquela the first of many virtual influencers? You tell me.

END_OF_DOCUMENT_TOKEN_TO_BE_REPLACED

Bitcoin Predictions, Who Got It Right

Guessing the Bitcoin price is a definite past time in the crypto industry, with many big names coming to the...