The Problem with AI? It’s Probably Us 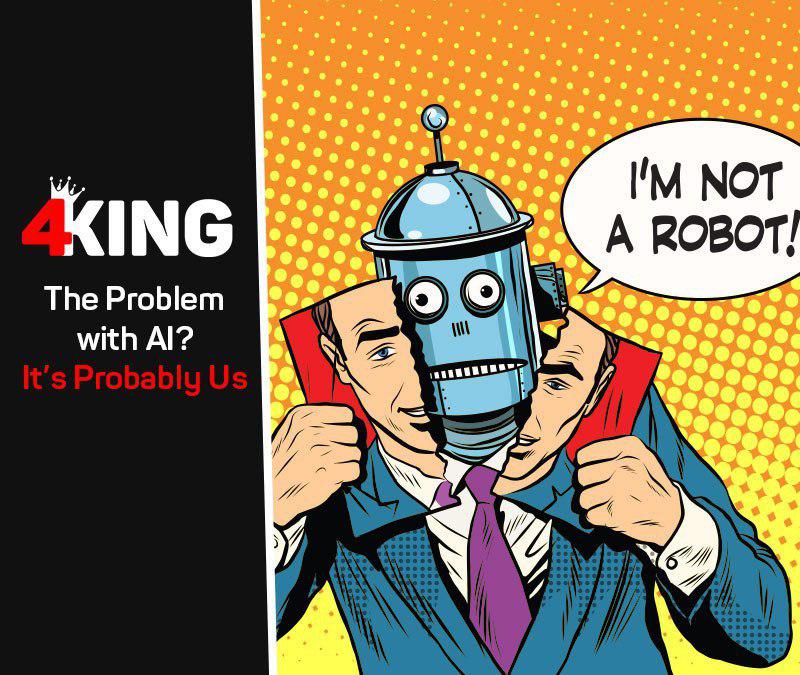 Artificial Intelligence isn’t quite as dangerous as a lot of people seem to think it is. It’s a relatively new technology, so there’s always going to be a level of misunderstanding surrounding it in the beginning, and many people think that AI is going to be the one thing to doom us all. AI is already pretty advanced and yet, as far as we can tell, none of our robot masters have hit the reset button on humanity just yet. But still, there’s a problem with AI, and it’s probably us.

AI isn’t functioning at its full capacity yet – it hasn’t reached its limits and that’s because it’s dependent on where we are able to take it. If there’s a problem with AI, it’s probably us.

Artificial intelligence is technology that has been given the ability to make decisions. That’s obviously a very brief description of the tech, but for this article that’s really the main point. AI has to draw from data that’s being fed into it by people who are biased themselves. If AI makes a bad decision, it’s because the data that it’s been fed is not of a good quality.

If AI is biased, it could be because the people behind the AI algorithms aren’t from a particularly diverse background. For example, if exclusively white men are building these algorithms (this isn’t the case, but bear with us), how can AI take into account the experiences of people who fall out of that margin of identity when making decisions around data? This is obviously a pretty limited analogy, but we think it gets the point across.

To make things even trickier, the people building these AI mechanisms are themselves influenced by the data that’s coming from the machines. We rely on continually increasing amounts of data to make sense of our environment, and make positive decisions, but that very data can be warped and mutated, all because we’re trying to make it easier to consume.

The problem with AI? It’s probably us, but we can also help build a solution. Right now, the best thing to do is to approach AI with a level of care and humility that we have yet to treat tech with before. By recognizing that AI will be influenced by us, and us by it, we can help build a symbiotic relationship – rather than a toxic or parasitic one. Not every AI system is going to be like Sofia the Robot, and that’s probably for the best.

We need to realize that we’ve built this technology, and it’s our responsibility to engage with it in a way that is respectful and thoughtful at all times. Realizing the power of AI and AI robots can help us mitigate any future issues. The problem with AI? Yes, it’s probably us – but we also have the ability to combat this problem and make artificial intelligence work with us for a better future.