How You Can Support the Black Lives Matter Movement 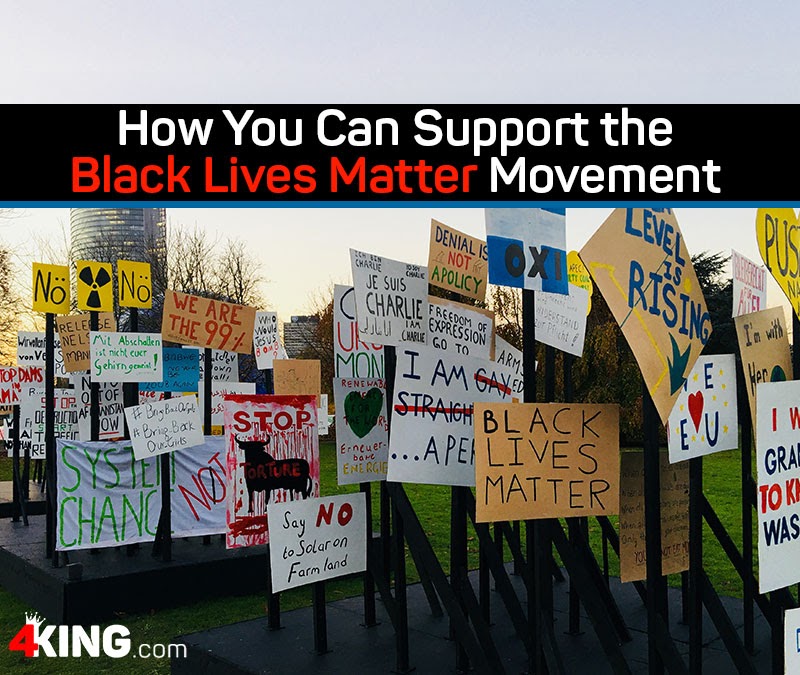 In summary, George Floyd was cornered by Minneapolis police for allegedly cashing a bad cheque. He was detained, and pinned to the ground by Chauvin, who was filmed kneeling on Floyd’s neck for nearly nine minutes, as Floyd begged for help and said, “I can’t breathe.”

Floyd’s murder has since sparked massive protests around the USA, as well as the rest of the world. Police have been filmed using tear gas, rubber bullets, and pepper spray, and allegedly aiming directly at, what have been largely peaceful, protesters.

The police’s reaction to the protests has been extremely indicative of the pervasive nature of police brutality in the U.S. The viciousness with which they have allegedly attacked protesters shows that they work only to enforce state interests, not to protect the people.

At this moment, it is not enough to simply “not be racist”. We must be anti-racist. White and non-Black POC who wish to be allies in this fight must commit to having the difficult conversations with those around them – taking action against police brutality and fighting white supremacy in its every insidious form.

How You Can Support the Black Lives Matter Movement

Firstly, you can engage with the movement and how it makes you feel. Acknowledge your complicity in white supremacy (if you are white), and that you benefit from white privilege. There is no more discussion of “there’s more black on black crime” or “police kill more white people than black people.” No. Black communities in the States are over policed, so of course there is more crime. Comparatively, white communities are under policed, and white people also benefit from less harsh sentencing.

Then, talk with your friends and family. If they do not agree with you, do not point them to black educators. It is time for the rest of us to do the hard work. Talk to your family, engage with them, and come to terms with the fact that this will not be a once off conversation.

Third – pay people. If you can afford to, donating should just become a part of your monthly expenses. There are dozens of incredible organizations working to dismantle racism and white supremacy, expose police brutality, and support Black communities. Pay the black educators who answer your questions despite it being legitimately draining for them – emotionally and physically.

Show up. Organize in your communities. Attend protests, sign petitions, and actively try to make the world a better place. You cannot, and should not, be a saviour – the work starts at home, and with yourself.

Show Up for BLM

So, we’ve taken a look at how you can support the Black Lives Matter movement. Committing to anti-racist work requires effort, and it can be deeply uncomfortable to confront the harsh realities that exist within our world – and within ourselves. However, supporting BLM can come in so many forms. Talk to your friends and family, donate, educate yourself, and just show up. Know that it’s okay to make mistakes, but don’t pressure your black friends and family to scoop you up and tell you that it’s all going to be okay and that you’re doing the right thing. Finally, check out the resource list below.

Funds You Can Donate To: