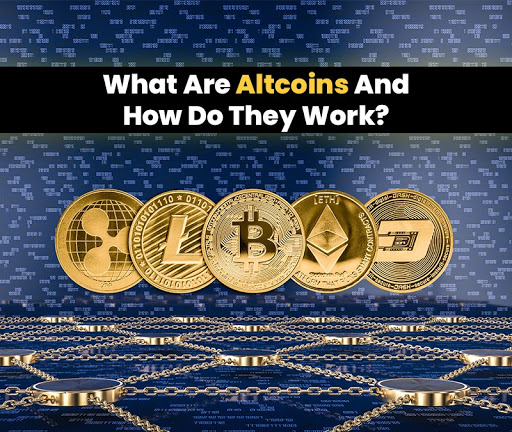 Before we go any further let’s cover what are altcoins exactly. You know about Bitcoin (if not then circle back to our piece covering the original cryptocurrency in detail), now literally every other cryptocurrency is referred to as an altcoin. Easy enough, right? In the “early” days, when Bitcoin was one of the few cryptocurrencies, all other digital assets were referred to as alternative coins, shortened to altcoin. So when someone refers to an altcoin, know they are talking about any cryptocurrency other than Bitcoin.

According to CoinMarketCap there are currently over 9,000 altcoins on the market. While this number sounds staggering (to be honest it is), collectively these altcoins only make up 45% of the market. Despite the industry being over 11 years old, Bitcoin still holds a large majority of the worth, currently attributing to 55% of the industry’s value. In recent times Ethereum, the second largest cryptocurrency by market cap, has built up its market share, now holding 12% of the industry’s value. Ethereum is considered to be an altcoin.

Essentially this could read: different types of cryptocurrencies, but for the sake of staying focused on the topic at hand, we’ll leave it as “altcoins”. With over 9,000 altcoins out there the crypto pool might feel like more of a vast ocean, so below we’ve broken the cryptocurrencies down into various categories and explained how each works:

These currencies are focused predominantly on executing payments, while some also allow for store of value functionality. Altcoin examples of these would include Litecoin and Bitcoin Cash. Both networks were created to enhance Bitcoin’s functionality (and are also both hard forks of the Bitcoin network). While not an altcoin, Bitcoin would fit into this category too.

These altcoins provide a platform on which developers can create their own decentralized apps (dapps) and other cryptocurrencies. Examples of protocol cryptocurrencies are Ethereum, Neo and Tron. Each of these platforms allow others to build their own networks on top of their core blockchain, and facilitates the activity.

Stablecoins are cryptocurrencies that are pegged to a fiat currency. Examples of this would be Tether (USDT) and USD Coin (USDC) both of which are pegged to the US dollar meaning that the price of one unit will always reflect $1. While this might sound against the general idea of cryptocurrency, stablecoins provide a valuable hedge when the markets crash, and a good entry point for those wanting to understand the market but not be affected by the volatility.

You might have heard that cryptocurrencies provide anonymous transactions. While this is partly true, as the entire blockchain network is transparent should you know someone’s wallet address you would be able to know all their transactional history. With this in mind, several networks set out to create privacy focused cryptocurrencies, prioritizing complete anonymity. Examples of these networks are Monero and Dash. Typically these networks record the transactions with various addresses and break up the initial payment so that someone viewing the blockchain would not be able to establish “who” sent “how much” to “who”.

A recent addition to the crypto industry, CBDCs (central bank digital currencies) are similar to stablecoins as they are pegged to a fiat currency, however these are operated by banks. CBDCs allow countries’ traditional financial institutions to tap into the world of digital currencies but without the volatility. Several countries are currently exploring CBDCs, such as Switzerland, the Bahamas, and Australia, while China has already advanced to the testing phase.

Getting a little bit more technical here, these tokens are predominantly used in decentralized finance (DeFi) protocols. Governance tokens allow users of the network the right to vote on the developments of the platform, playing an active role in where the project might be headed.

These tokens are used by networks either for initial fundraising purposes or to provide access to certain goods or services later. This might include a subscription or a new costume in a game. Utility tokens are typically ERC-20 tokens (built on the Ethereum blockchain).

The current crypto buzzword, NFTs (non-fungible tokens) hold unique characteristics that cannot be recreated and represent a specific one of a kind product. While NFTs are currently being widely used in the art world – an artist known as Beeple recently sold a piece of digital art for a record breaking $69 million – they also have a use case in the luxury goods industry. Several high profile brands are currently exploring the use of NFTs to represent rare luxury goods like handbags and sneakers.

Should I Invest In Altcoins?

As more and more businesses pour their money into Bitcoin, many wonder whether they should explore alternative cryptocurrencies. While the decision is entirely up to you, there are several advantages to investing in altcoins. While investing in anything carries its fair share of risks, altcoins present a particular case for high risk, high reward.

While many altcoins are being traded at under $5, the chance to make impressive gains over the next several years is a likely outcome. However, every project carries its own risk and it is imperative that one does their own research before investing in anything. Things to look out for include the projects whitepaper, this outlines the project and the roadmap, how well the project has adhered to their proposed roadmap, the communities supporting the project (check the social channels) among other things. Do not fall for a celebrity endorsing a cryptocurrency, 9 times out of 10 this has ended up being a scam.

In this piece we’ve covered that altcoins are essentially any cryptocurrency other than Bitcoin, as well as the various types of altcoins available on the market. If you learnt something here, stick around because we got a whole lot more of where this came from. Stay tuned to our 4King blog for all the crypto insights, explanations and happenings you need to know.

END_OF_DOCUMENT_TOKEN_TO_BE_REPLACED 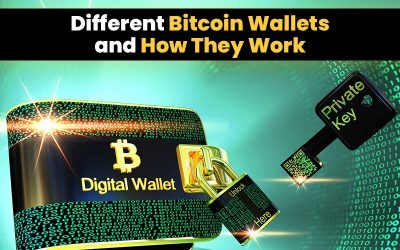 Different Bitcoin Wallets And How They Work

Welcome to the wonderful world of cryptocurrencies. We’re assuming that you’ve arrived here because you’re looking to buy the digital currency but first need to find a place to store it. Well you’ve come to the right place. In this piece we’ll be covering the different Bitcoin wallets and how they work, giving you a first hand account of the pros and cons of each.

END_OF_DOCUMENT_TOKEN_TO_BE_REPLACED

If you’re looking around to find the best desktop wallets for your favourite cryptocurrency, you need look no further! We’ve...