Can AI Predict Your Emotions? 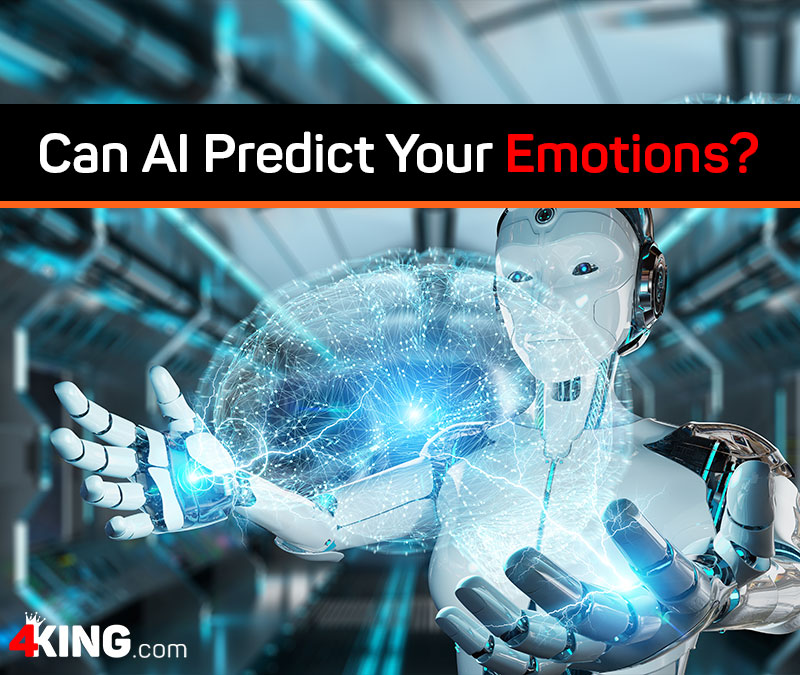 Unless you were a particularly calm and collected teenager, you likely yelled: “Mom/dad you’ll never understand me!” Maybe they did, maybe they didn’t. The turmoil of adolescence is, to be fair, known by everyone who’s gone through it. Still, maybe like many of us you’ve turned into an emotionally unavailable adult (or you’re just a Scorpio whose thoughts and feelings are hard to decipher). Now, AI is being applied to help figure out the human psyche. Can AI predict your emotions? Let’s take a look.

AI Can Predict a Lot – Why Not Emotions?

AI systems have been deployed to deal with an enormous range of different tasks. From facial recognition to other autonomous uses within a workplace or healthcare setting, there are endless uses for the tech. Now, one researcher is utilizing machine learning and recognition to take a whack at determining the state of human emotions, from the way we walk.

Aniket Bera is an Assistant Research Professor at the University of Maryland Institute for Advanced Computer Studies. As part of his work, he forms part of the research team for GAMMA – the Geometric Algorithms for Modeling, Motion and Animation. The group studies various AI uses, including behaviour learning and analysis. Bera’s current research revolves around the social perception of AI and robotics.

“Socially-intelligent robots,” according to Prof. Bera, will be in close contact with us in a short period. Bera predicts that soon we’ll see autonomous robots in our homes, workplaces, and social settings.

So, can AI predict your emotions? Much of human interaction relies on the small details – a nod, subtle changes in body language, an almost imperceptible furrowing of the brow. When it comes to socially intuitive robots, how are they supposed to decipher the subtleties that most of us begin to learn from birth?

AI Can Be Used To Determine Human Emotion

Facial recognition means that many socially-intelligent robots can already read body language and facial expressions to some degree – however, humans are also very adept at hiding our emotions. One can’t always determine someone’s mood from the expression on their face, or how they’ve crossed their legs.

To combat this, Bera and his team are looking at ways to help AI predict emotions based on someone’s walk. They’re teaching AI to combine facial expressions and gait as a way to determine a person’s emotional state. According to the team, walking styles are not easily manipulated. Gait detection can then be used to predict someone’s future walking behaviour and current emotional state.

When Socially-Intelligent Robots Infiltrate Our Society

So, can AI predict your emotions? Probably better than your parents could have. Bera’s research is still very much in the works, but his team must make progress here. Socially-intelligent robots are already in use, but they’ll only expand as time goes on – making their way into our homes and workplaces. I feel like kicking someone who persistently misunderstands me and my intentions, so they’ll have to get this right to avoid some person-on-robot street brawls.