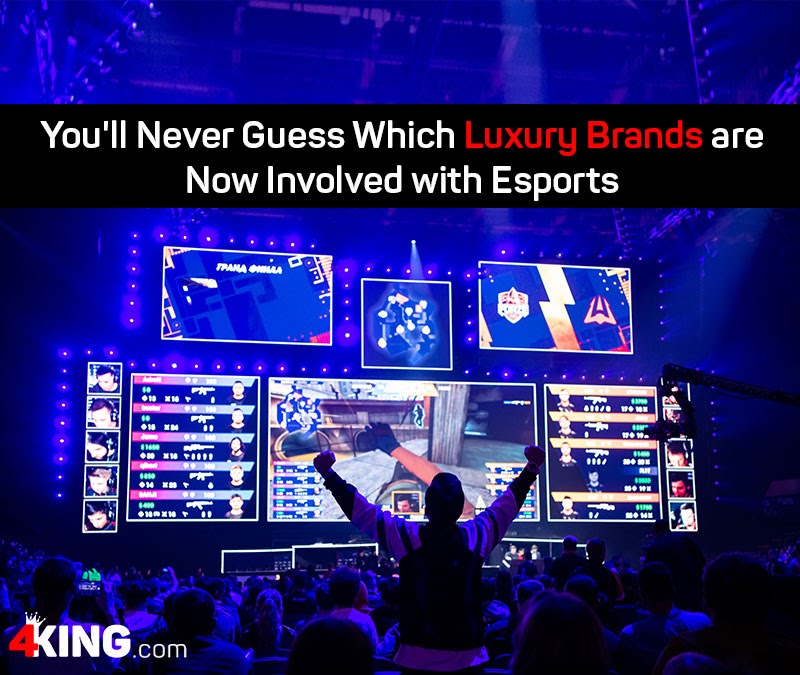 More than 44 million viewers tuned in to watch China’s FunPlus Phoenix team hold their winning trophy high up in the air. The trunk, designed by a famous fashion house, was a signal that high-end fashion is finally taking esports seriously. The players all wore matching branded sneakers and jerseys, following a four-year sponsorship deal that they signed with a sports-fashion giant. You’ll never guess which luxury brands are now involved with esports – so let’s take a look.

Which luxury brands are involved with esports?

Both Louis Vuitton and Nike have started getting into esports, with the former designing the trunk that accompanied the trophy won by the FunPlus Phoenix team. The players were decked out in Nike branded sneakers. It’s clear from this, that fashion is beginning to take notice of the esports industry.

In light of the Covid-19 pandemic, sporting events around the world have ground to a halt. Wimbledon has been cancelled for the first time since WW2, and the NBA, NHL and even the Tokyo Olympics are postponed. Now esports has emerged as a respite from the drudgery of sport-less daily life.

Esports is a welcome distraction from lockdown, quarantine, and isolation. As a billion dollar industry, it should come as no surprise that the fashion world is finally starting to take notice. After all, where there’s interest, there’s profit – and there’s a hell of a lot of interest in esports at the moment.

So, “You’ll never guess which luxury brands are now involved with Esports”? Both Nike and Louis Vuitton have shown great interest in this growing industry, and that’s good for everyone.

Since the start of the worldwide shutdown, video streaming services like Amazon’s Twitch have seen a major boost in viewership. From February to March 2020, average viewership jumped from 1.41 million to 1.64 million. This comes as many of the most famous esports events have moved to solely online play over the last few weeks.

According to new reports from Goldman Sachs, the global esports industry will reach $1.59 billion in 2020, and could grow to $2.96 billion by 2022. This comes amid research from Newzoo that the overall gaming industry reached $148.8 billion in 2019.

With worldwide sporting events like the Olympics and Wimbledon taking a hit, it makes sense that luxury fashion brands like Louis Vuitton would show interest in the booming esports market.

Luxury brands are showing up at esports events

You’ll never guess which luxury brands are now involved with esports, and why it’s good for the industry. Both Louis Vuitton and Nike have started showing up at esports events, and it’s clear that there’s a booming interest in esports as an industry. With a growing market, and more and more viewers tuning in, the esports world is ideal for brands like Nike and Louis Vuitton to get some promo. It also shows the rest of the world that esports is something to be taken seriously – and that’s good for the industry as a whole.